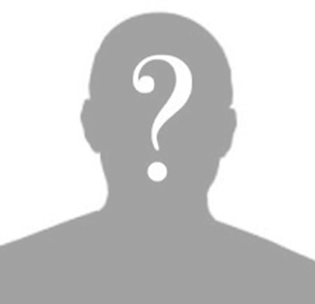 This conference will review some of the changes of TOF-SIMS imaging, over the last thirty years, with the physical characterization of secondary ion emission and sputtering under polyatomic ion impacts, and the emergence of applications in the fields of biomedical sciences, plants, and cultural heritage. Pioneering biological studies in the late 1990s and the 2000s have focused on lipidomic applications, mainly because of the particular sensitivity to this class of molecules. In situ analysis of metabolites in plants has been described recently, in particular for studies of tropical woods to detect, localize and characterize bioactive metabolites. However, sample preparation is more difficult than with animal or human tissue sections. Improvements in the combination of mass and spatial resolutions, thanks to delayed extraction and dual beams depth profiling using massive argon cluster beams provided important breakthrough in the field. TOF-SIMS imaging is a method of choice for the analysis of cultural heritage samples, since it provides submicron scale molecular definition of organic and inorganic species present at the surface of small and unique samples. Recent instrumental improvements, including in situ structural analyses and high mass resolution with an Orbitrap analyzer will also be presented.

Dr. Brunelle obtained his Ph.D. from the Paris-Sud University in Orsay, France, in 1990 under the supervision of Dr. Yvon Le Beyec. He is a Director of Research at the CNRS. During this period and up to 2002, at the Orsay Nuclear Institute of Physics (CNRS), his main research interests were centered on the study of the interactions of energetic particles (ions, clusters, molecules, photons) with matter. He particularly studied secondary ion emission and sputtering under the

impact of gold clusters having energies ranging from a few keV to several tens of MeV. In 2002, he moved to the Institute of Natural Substances Chemistry, ICSN, CNRS, Gif-sur-Yvette), where he was leading a project for biological imaging by mass spectrometry by cluster-TOF-SIMS and MALDI-TOF. Between 2010 and 2018 he headed the Mass Spectrometry Group of the ICSN. More recently, he has also been interested in natural substances in plants. Since 2019, he has moved to the Laboratory of Molecular and Structural Archaeology (LAMS, CNRS UMR8220, Paris) to focus his activity on the analysis by TOF-SIMS of cultural heritage samples, in particular from old paintings.