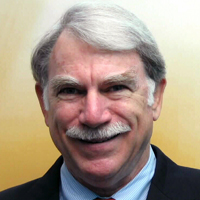 He co-invented and leads the continuing development of Fourier transform ICR mass spectrometry. His current research spans FT-ICR instrumentation development, fossil fuels and environmental analysis, and mapping the primary and higher-order structures of biological macromolecules and their complexes.

Marshall is a former President of the American Society for Mass Spectrometry, and serves on several editorial boards. He has published 5 books, 7 patents, and 654 refereed journal articles, and has authored more than 2100 talks/posters at conferences, universities, government labs, and industry. According to Google Scholar, Marshall’s papers have been cited more than 54,000 times, with a Hirsch number of 120. Of his 154 former Ph.D.’s and postdocs, 37 have gone on to academic positions, and the others to positions in major industrial and government laboratories