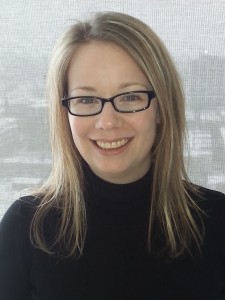 An analytical method using protein precipitation combined to LC-MS/MS was developed and validated for the quantification/identification of 63 drugs and their metabolites. Sample preparation was performed in 96 wellplates. LC-MS/MS analysis was achieved through the injection of two different dilutions of the supernatant. Plate #1 was used for the quantification and screening of a multi-class drug panel (109 analytes) including opioids, anti-anxiety, anti-depressant, anti-psychotics, stimulants and hallucinogens. Plate #2 was used for the analysis of cannabinoids (4 analytes).

Many challenges encountered during method development will be discussed. This method was validated based on the Scientific Working Group in Toxicology Standard Practices and is currently used for routine analysis. With this new development, the use of immunoassay was rendered obsolete, and the number of GC-MS requests decreased significantly (≈50%). Since the implantation of this method, the turnaround time decreased by half.

Cynthia Côté is a forensic toxicologist at the Laboratoire de sciences judiciaires et de médecine légale, Québec’s forensic sciences laboratory. She received her B.Sc. in biochemistry from Université du Québec à Montréal and her M.Sc. in chemistry from McGill University. She began her career in the pharmaceutical industry as analyst at CTBR and Theratechnologies. She subsequently joined Algorithme Pharma as a senior scientist in method development. She has more than fifteen years of research experience in bioanalytical chemistry and mass spectrometry method development. Ms Côté has several peer-reviewed publications, as well as oral and poster presentations at international conferences and meetings. She is a member of the Ordre des chimistes du Québec and Canada’s Scientific Working Group in Forensic Toxicology.